Symptoms of eating disorders: 10 things you need to know 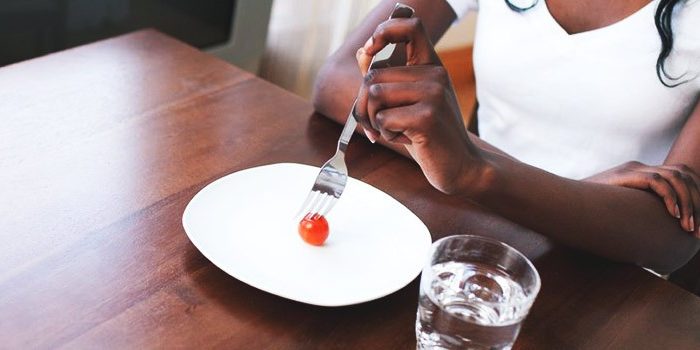 Facing the fact that you have a problem with food can be extremely difficult. Even more difficult is treating it: unlike alcohol or drugs, you can’t simply cut food out of your life. An eating disorder therefore requires deep understanding of the issues underlying it, and – if you want to stop suffering from it – a strong commitment to getting healthy.

Here are 10 things everyone needs to know about eating disorders. Whether you’re a sufferer or you have a friend or loved one who struggles with anorexia, bulimia or another form of disordered eating.

1. Anyone can develop an eating disorder

Eating disorders don’t discriminate. It doesn’t matter your gender, social status, income, race, religion or any other factor – they can, and do, affect anyone.

2. Eating disorders are a mental illness

An eating disorder isn’t actually related to how your body looks, but is rather a mental illness. This means that not everyone who has an eating disorder will look the same. Some sufferers are overweight, some are underweight, and some may even look ‘normal’ to you.

3. Males can have eating disorders

Remember how we said in the first point that eating disorders don’t discriminate? This applies to gender too. In fact, South African males who suffer from the disease face a double stigma, as they battle the myths that men can’t have this illness, and that it’s a purely Western affliction.

4. Eating disorders are not a choice

Because eating disorders are a mental illness, people don’t choose to have them and can’t just ‘snap out of it’ or stop practising a certain behaviour. Intensive psychological treatment is needed to overcome it.

Someone with anorexia may not have actually been overweight to start with. Eating disorders are usually spurred on by a warped sense of self, often underpinned by a lack of self-worth.

6. There are more types of eating disorders than anorexia and bulimia

These are the two most common types which is why we hear about them most. But there are other kinds too, like binge-eating and compulsive overeating, orthorexia (an obsession with eating only healthy or low-calorie food), purging disorder and others. Read more about the types and symptoms of eating disorders.

7. Willpower is not enough to beat an eating disorder

Because it’s a mental illness, psychological help is needed to overcome them. But getting to the point where the sufferer accepts that they need help is a massive challenge in itself and may take many years (if it happens at all).

8. They can be life-threatening

In severe cases, eating disorders like anorexia can cause death through the effects of long-term starvation, which can trigger heart attacks or organ failure.

10. You can’t force anyone to get treated for an eating disorder

Although people who suffer from eating disorders need professional help to overcome them, you can’t force anyone into recovery. The sufferer needs to decide on their own that they want help, and that they’re ready to overcome their battle. They can’t go into recovery because a parent, friend or loved one wants them to get better; they have to want it for themselves, otherwise recovery won’t work, and relapse will be almost inevitable.

Ready to beat your eating disorder? Help is available

Whether you’d like online support or real-life assistance, there are many ways to get help for an eating disorder in South Africa. Here is a list of resources to get you started.

You can also get in touch with your nearest Marie Stopes centre and we can guide you towards finding confidential and professional help in your area.