What makes your relationship official? 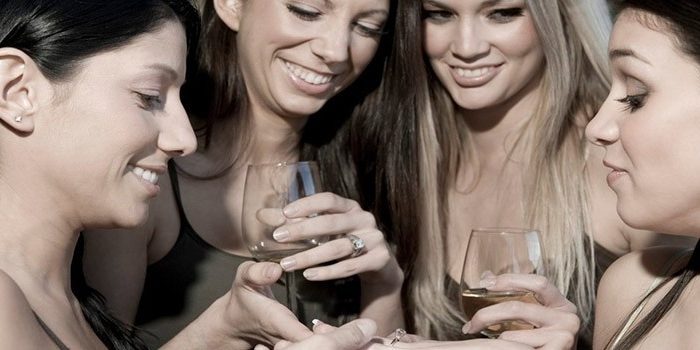 What’s so special about making your relationship ‘official’? Well for one thing, it’s lets everyone else know that your partner is off limits. But the other awesome thing is that it ensures you have a healthy sex life – because an official relationship is an honest and monogamous one. Here’s everything you need to know about DTR: defining the relationship.

So… when should you DTR?

No one loves having ‘the talk’ but it has to happen sooner or later. When should you have it? Unfortunately, there’s no set time frame, as every couple is different. But a general rule of thumb is that if you’re talking regularly, seeing each other several times a week (especially with increasing frequency) and having sex, it’s probably time to talk. You know it, s/he knows it, so stop putting it off and just get it out of the way.

Why is ‘the talk’ so important anyway?

Just because you’re both having fun and enjoying each other’s company doesn’t mean you’re on the same page. Is it casual or serious? For some people, ‘casual’ means only sex, not limited to one person, while for others, it may mean seeing a person once a week, max.

When it comes to serious, again there may be different understandings. Some people define ‘serious’ as being married, and anything else is fair game. For other people, having the official title of ‘girlfriend’ or ‘boyfriend’ is what it means to be serious. So for every type of person, there’s a different understanding of the terms ‘serious’ and ‘casual’, which is why it’s so important to figure out, together, where you’re at in your relationship.

How do I know when it’s ‘official’?

There are a number of ways you know: if you’ve met their friends and family, that’s a good sign. If you’ve had the DTR talk and decided that you’re officially a couple, with the boyfriend or girlfriend titles, that’s another good indication. And of course, if it’s on Facebook, it’s usually official! Just be certain that you’re also on the same page about what ‘official’ means – because it should mean monogamous. If your partner doesn’t agree, you need to consider whether you’re prepared to stick around – and you need to know how you’ll protect yourself against potential diseases.

Now that it’s official, how do we take care of our sexual health?

The first thing to do is get a contraceptive that suits both your lifestyles – but remember, female contraceptives only protect against pregnancy and not sexually transmitted infections, so you should always use dual protection.

Next, get yourselves tested for HIV and STIs. The tests are quick and painless, and the results are kept confidential, so you don’t need to stress. However, if you’re going to have a fulfilling and healthy sex life, it’s essential to know your status so you can take care of your health and your partner’s.

The best place to start is at your nearest Marie Stopes centre. We provide all the tests you need, as well as counselling and contraceptive advice. Make an appointment now for a confidential, judgement free session with one of our nurses, and make your sex life officially healthy and awesome!