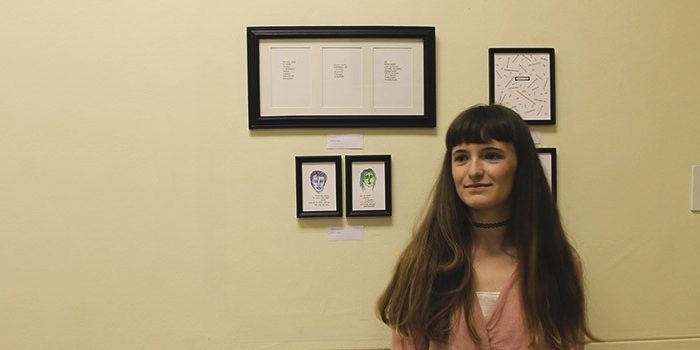 In the final instalment of our Body of Work: Abortion Conversations series, we’re exploring the work of artist Nicola Harris.

Body of Work: Abortion Conversations features artists who have developed pieces specifically on the topic of abortion. The exhibition, hosted by Marie Stopes in conjunction Amnesty International and EASI, the End Abortion Stigma Initiative, was held in Cape Town as part of the city’s First Thursday initiatives. 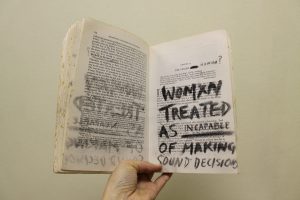 For Nicola Harris, abortion is a multifaceted issue with gender and sexual equality at its core.

“There are so many issues linked to abortion that you can’t ignore if you’re going to discuss the topic – like sex in general, engaging in sexual intercourse as a woman, and the main issue that always arises if you’re a woman having sex: you’re demonised, and your body is demonised.”

Nicola believes that lack of knowledge combined with stigma surrounding abortion prevents many women from seeking the procedure. “Even though legally there is access to abortion in South Africa, the stigma holds a lot of people back. Some women may be too afraid to seek out an abortion, and others may not even know that it’s legal and available to them”.

“If abortion wasn’t stigmatised, I think it would drastically decrease the number of homeless and abused children in the world, and in that sense it’s a human rights issue – not just for the pregnant person, but for the person who is born into a family, a world and a society that cannot or will not provide for their life.”

Communication is one of the most powerful tools in overcoming outdated ideas, and Nicola used word art to reclaim problematic language surrounding abortion and sex.

“I found a book [about abortion] in a second-hand bookshop – ironically, written by a cis-het man – and I was eager to cut the hell out of it! I also grabbed some words from ancient National Geographic magazines to add a poetic feel to my work, and from another book called The Joy of Sex, also written in the ‘70s, the same time that the abortion book was written.

“It was powerful to juxtapose words from the two books, because the abortion book offered a conservative, Christian, clinical take on the matter, very much focused on outdated ethics around abortion, whereas The Joy of Sex was a more sex-positive, liberal manual on how to have great sex with your lover in the ‘70s. Both were very cis-normative and het-normative, and I thought ‘no one’s going to miss these’! So I cut them up and put their words together. It simultaneously made fun of both their problematic narratives.”

Nicola’s word art enabled her to talk about the issues surrounding abortion in a way that was sex-positive but also clinically accurate, she says. “It was the most powerful way to reclaim the words and subvert the narrative being put forward by these conservative ideas and authors.”

Get a safe, legal abortion at Marie Stopes

At Marie Stopes, we offer safe, legal abortions up to 20 weeks into pregnancy. If you’re considering this option, you’ll find support, information and non-judgemental treatment at any of our centres across South Africa.

Learn more about the abortion services we offer, or find your nearest Marie Stopes centre and book an appointment online.